IAR Systems does not support the CMake platform itself, that is, when it comes to problems using or setting up CMake, contact your provider.

A prerequisite is basic understanding of the CMake concept, as well as how to use the IAR build tools from command line.

CMake is an open-source, cross-platform family of tools designed to build, test, and package software. It controls the software compilation process using platform and compiler independent configuration files. This Technical Note shows how to use CMake together with IAR Embedded Workbench but also applies when using the IAR build tools on Linux.

For convenience, make sure that the path to the CMake and NMake executables are added to the Windows PATH environment variable. It allows you to run these executables without having to give the full paths.

In cross-compiling scenarios, a ‘toolchain file’ (.cmake) must be specified with information about the compiler, assembler, linker, and their respective option settings. The following file can be used for IAR Embedded Workbench for Arm version 8.x:

# Set the EW installation root directory
#(Avoid spaces in the path or you need to escape them)
set(EW_ROOT_DIR "c:/ew/arm-8323/arm")

The following two examples will use IAR Embedded Workbench for Arm, CMake, and NMake to build an executable file. The file structure is described, together with the contents of the CMakeLists.txt files.

An integer value returned from an assembler function is printed to the console, in the C main() function. 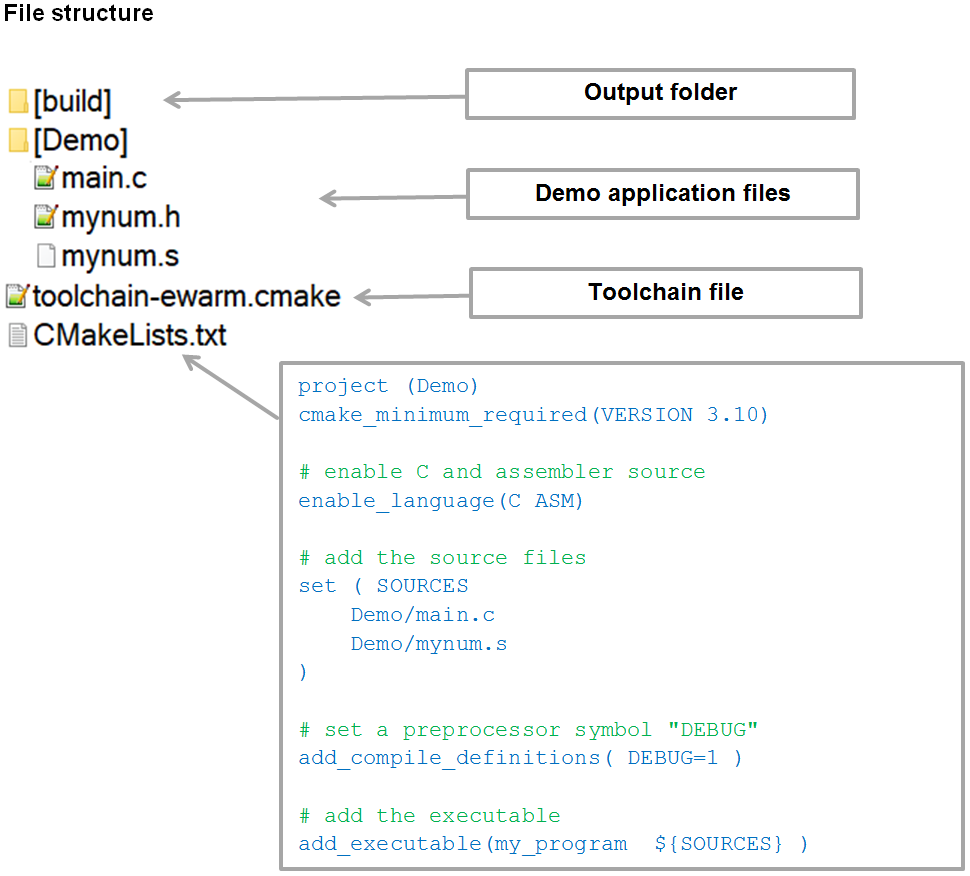 In this example, a library is created followed by a demo project that uses this library.

A library is built that includes a function that returns an integer (input value plus one). In the next step, an application is built that uses this library to print the value to the console, in the C main() function. 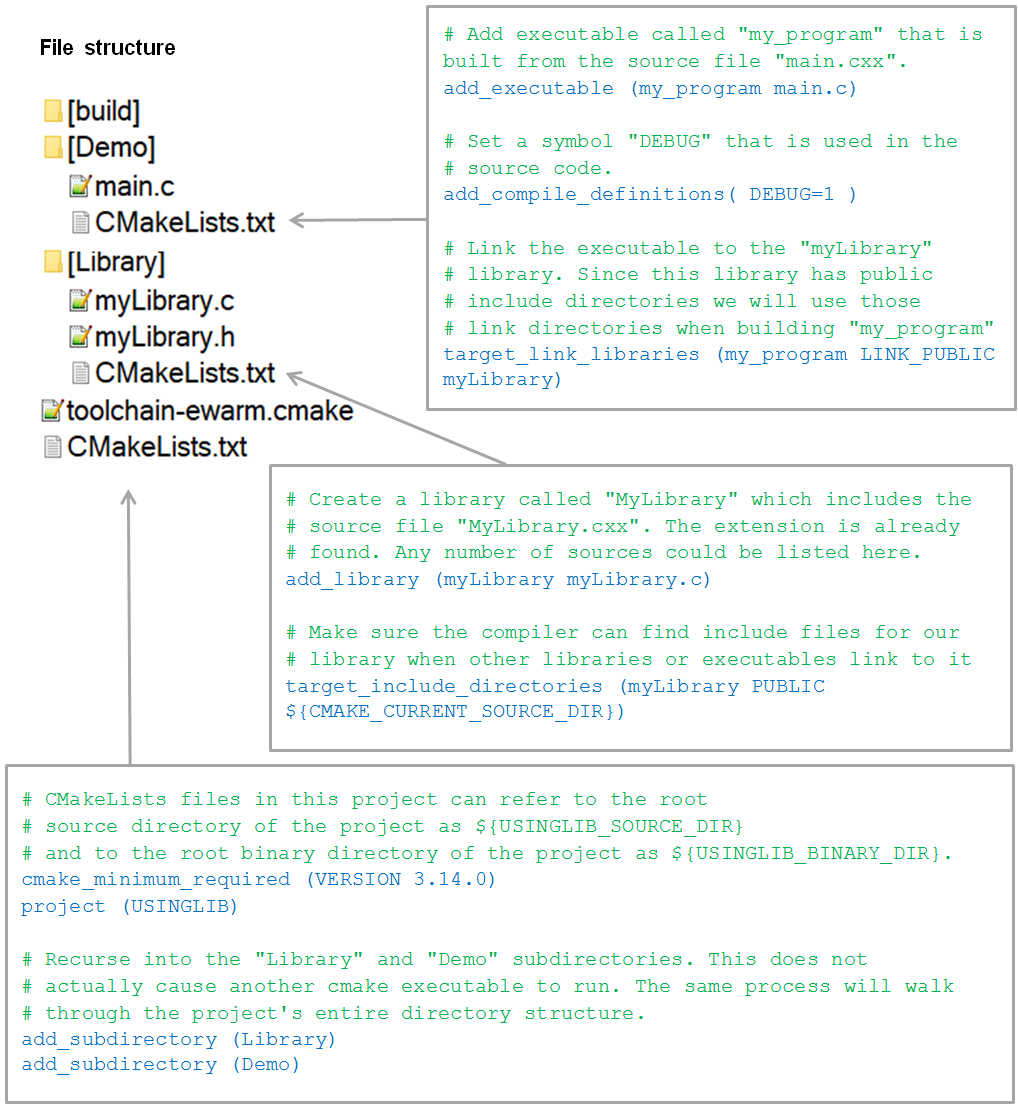 Build each one of the examples above like this:

Browse to the example folder and use this CMake command line to create a makefile in the build folder:

Browse to the build folder and use this command line to create the executable file my_program.elf:

The example downloads above include batch files for building the applications, as well as executing them in C-SPY batch mode via the command line utility cspybat.exe.

You can also use the IAR Embedded Workbench IDE to load C-SPY with an application that was built outside the IDE, for example applications built with CMake. Such a “Debug only” project can be reused whenever you rebuild your executable file and the only project options required to be specified are those that are debugger-related. See this Technical Note for further instructions.

This tech note gives basic knowledge of building with CMake for IAR Embedded Workbench and gives suggestions on how to debug an image built with CMake.