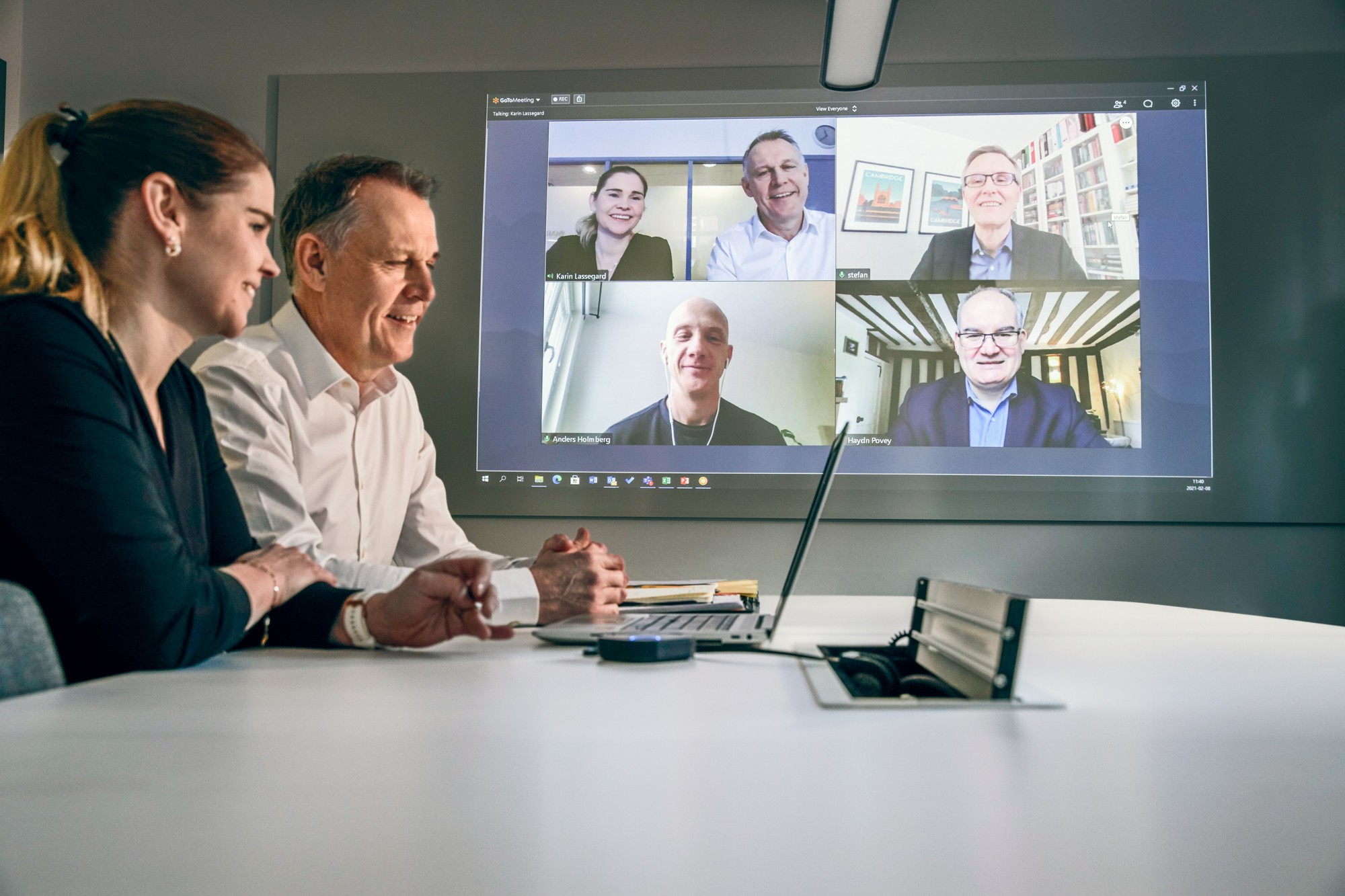 Stefan Skarin, CEO,  IAR Systems and I.A.R. Systems Group AB
Born in: 1962.
Education: IHM Business School and economics studies at Stockholm University. Work experience: Stefan has been CEO of IAR Systems since April 2009. Stefan has been a Board member of I.A.R. Systems Group AB (formerly Intoi AB) since 2002 and CEO since February 2008 (as well as CEO between 2001 and 2006). As CEO of Intoi, Stefan was a driving force behind Intoi’s acquisition of IAR Systems in 2005 and Intoi’s focus on IAR Systems in 2011. Stefan has over 30 years’ experience in the IT and software industry, including as Sales Director at Adobe Nordic, CEO of Interleaf Norden and several senior international positions at Oracle Corporation.

Anders Holmberg, Chief Strategy Officer, IAR Systems
Born in: 1967.
Education: BSc in mathematics and computer science from Uppsala University.
Work experience: Anders Holmberg has worked at IAR Systems for 17 years. He has a background in numerical analysis and started his career working on parallel computers and super computers during the early 1990s. Since then, he has worked as a university lecturer, technical consultant, C/C++ developer and development manager. Over the past ten years, Anders has focused on advanced tools for developing embedded systems.

Haydn Povey, CEO of Secure Thingz
Born in: 1970.
Education: MSc in electrical engineering, University of Kent.
Work experience: Haydn Povey, well-known security expert and Board member of the IoT Security Foundation, has held senior positions at global technical companies for more than 20 years, including over ten years at Arm. In his most recent role at Arm, he led the company’s security strategy in the mobile and IoT domains, which entailed participating in discussions concerning security standards at the government level in the USA as well as the UK. Haydn also helped lead the development and market introduction of the Arm Cortex-M processor family, which now dominates the embedded systems and IoT markets.

Göran Hübinette Acting CFO from March 1, 2021,  IAR Systems
Born: 1977
Education: Master's degree in Business Administration from Uppsala University.
Work experience: Since 2018, he has been employed in the role of Global Accounting Manager and Business Controller at IAR Systems. Prior to that, he had a 10-year background as an auditor at KPMG and EY, of which most of the years as an Authorized Public Accountant and after that worked in controller functions at both JM and NCC and also as an accounting manager at inkClub.