Support for the new Cortex-M55 core based on the ARMv8.1-M architecture with features such as MVE (the Helium M-profile Vector Extension) and Low Overhead loops.

64-bit support is available through the new edition, IAR Embedded Workbench for Arm, Extended. Contact your closest sales team to discuss your options.

A new 64-bit simulator based on high-performance simulator technology. 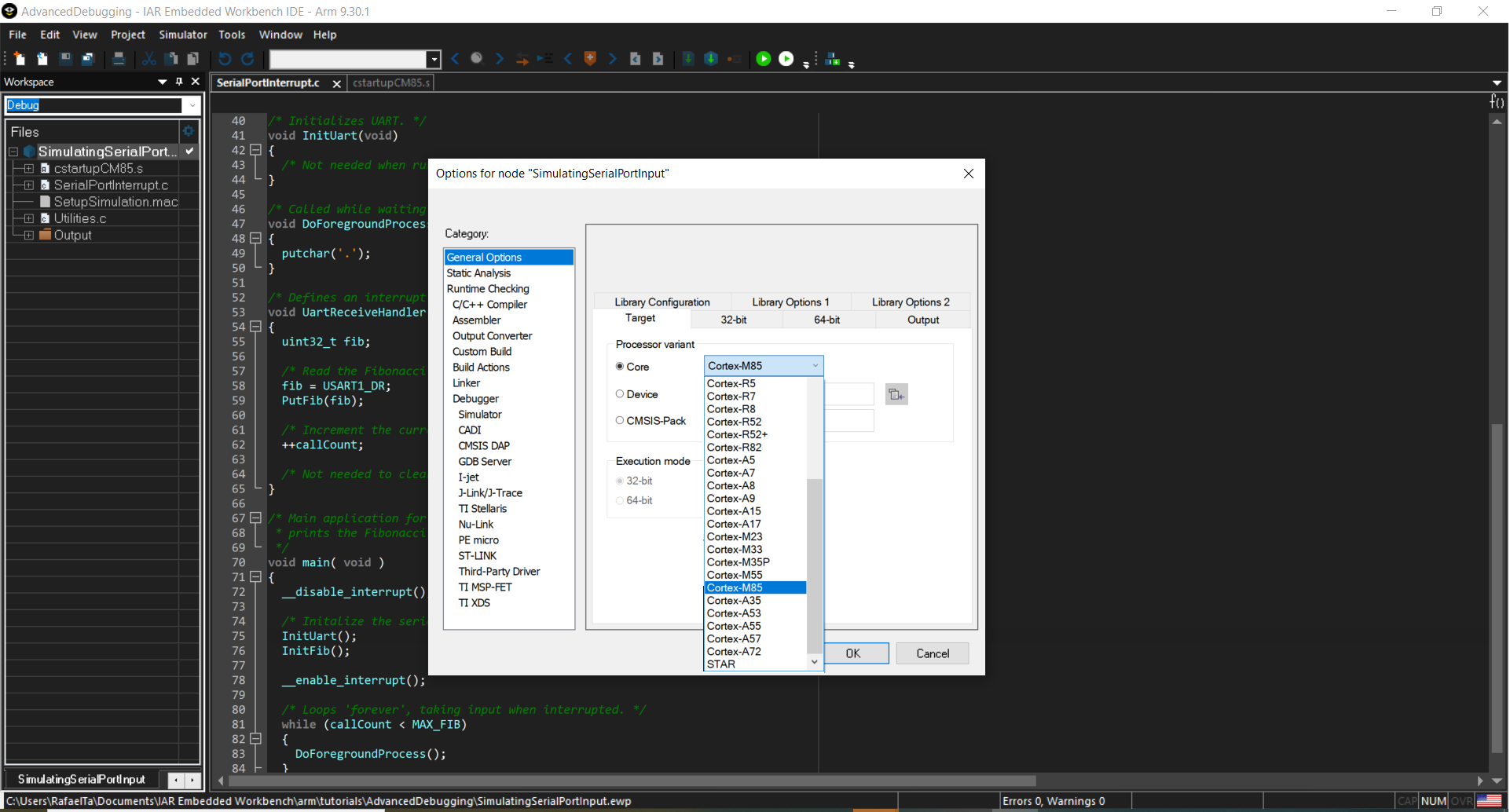 The CMSIS has been developed by Arm in close partnership with several key silicon and software vendors including Atmel, IAR Systems, Micrium, NXP, SEGGER, STMicroelectronics and Texas Instruments, and provides a common approach to interface to peripherals, real-time operating systems, and middleware components.

The standard has been designed to be fully scalable to ensure that it is suitable for all Cortex-M processor series microcontrollers from the smallest 8KB device up to devices with sophisticated communication peripherals such as Ethernet or USB-OTG. (The CMSIS memory requirement for the Core Peripheral Access Layer is less than 1KB code, less than 10 bytes RAM.)

Arm provides as part of the CMSIS the following software layers that are available for various compiler implementations:

These software layers are expanded by Silicon partners with:

CMSIS-DAP is the interface firmware for a debug probe that translates USB packets to the Arm core SWD or JTAG protocol. This allows the C-SPY Debugger, with the addition of just a USB cable, to connect to any development board implementing the CMSIS-DAP connection.